Today Taco Bell decided to release their new Cool Ranch Doritos Locos Taco a day early!  If you are like me and follow them on Facebook or Twitter, this news instantly changed your lunch plans.  But, like anything new, I was worried about some restaurants not participating in the “Just Ask” early release date, so I gave my local Taco Bell a ring.  I was told that they had them, but that I needed a coupon to purchase one.  Of course, I didn’t have a coupon, so I went looking for one on the internet.  No coupon was to be found, but I did read about a lot of other people hearing the same story when they tried to purchase one.  Well, I was determined to get my hands on a few today, so I grabbed this custom Cool Ranch Doritos Locos Taco USB drive, and hit the snowy streets of the Chicagoland area.

A few minuets later, I was standing in front the assistant store manager asking me for my order.  I immediately asked about the Cool Ranch DLTs, and received the same response I had gotten over the phone, “We have them, but are only selling them to customers with the coupon.”  With out thinking twice I told him, “I don’t have a coupon, but I do have this really cool custom USB drive shaped like the Cool Ranch DLT!”  I handed him the USB drive thinking this would give me the same special Taco Bell cred the coupon did.  He looked at the drive for a few seconds and replied, “How many would you like?”  VICTORY WAS MINE!  I ordered enough to use in a few pictures later, and one to scarf down there.

In a few moments, I had my prize and opened the first taco.  I held it just long enough to pose for a quick photo with my iPhone then took my first bite.  Amazing!  They nailed it!  I suggest giving one a try today, or in the very near future.  Also, check out the custom Doritos Loco Taco USB drive that saved the day in the pictures below. 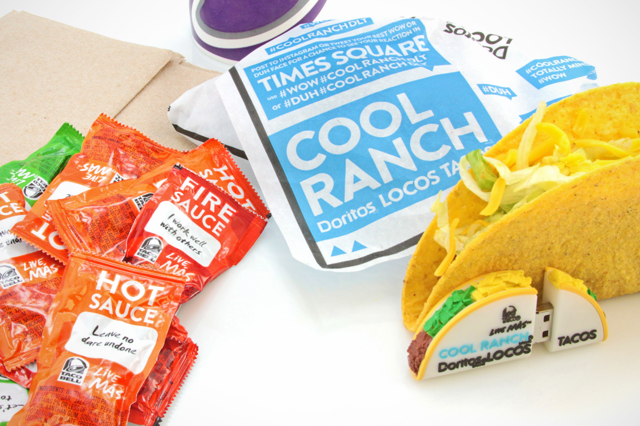 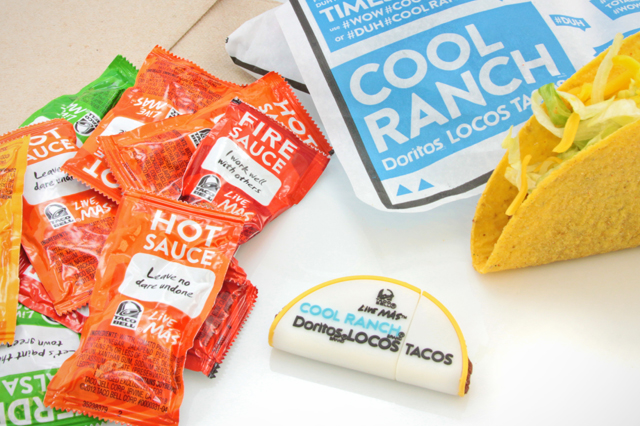 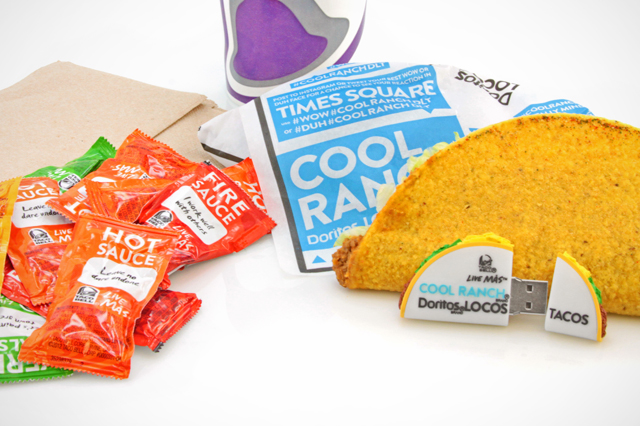 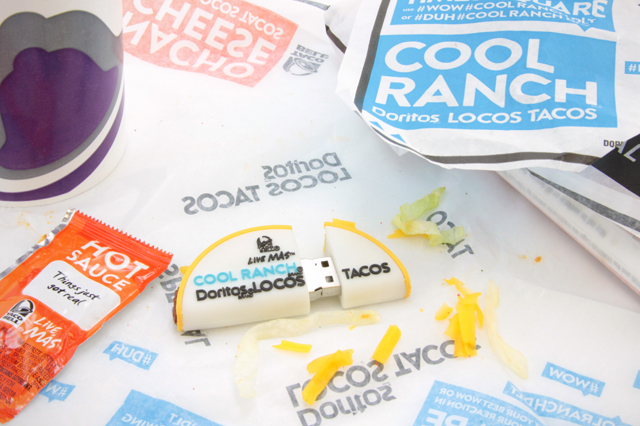